What is Giving Tuesday?

Giving Tuesday is a global day of giving, an international celebration of the most positive parts of our nature. It is a day to celebrate generosity, community, and goodwill.

Giving Tuesday is an epic movement toward supporting the people who are most in need of support. It is an affirmation of our ability to speak with our money, to champion the causes closest to our hearts, and to compel the people around us to do the same.

​On the Tuesday following Thanksgiving, we are encouraged to donate funds, goods, time, and/or services to organizations and foundations at local, state, national, and international levels.

Giving Tuesday has grown rapidly. In 2012, Giving Tuesday donations reached approximately $10 million, and in 2015, that number climbed to $117 million. Will this be the year you join the movement?

How can I get involved?

We are so glad you asked! There are many wonderful ways for you to support the Brunner Literacy Center on Giving Tuesday this year. Click on the icons below for more information:

How did Giving Tuesday begin?

It's helpful to understand the history of post-Thanksgiving shopping habits in order to understand how Giving Tuesday came about. Here's the timeline: 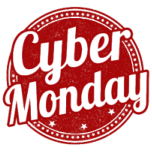 2005 - Cyber Monday
Ellen Davis, a strategist and director for the National Retail Federation, coined the term "Cyber Monday" to refer to the Monday following the start of the holiday shopping season. "Cyber Monday" caught on quickly, as many people began to window-shop after Thanksgiving and wait for online-only deals when they went back to work the following week. 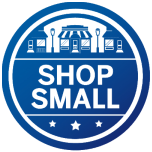 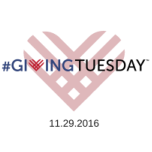 2012 - Giving Tuesday
​Giving Tuesday, begun by Manhattan, NY's 92nd Street Y and the United Nations Foundation, began in 2012 as a response to people's consumerist habits in the days following Thanksgiving. Relying largely on online activism and donations, Giving Tuesday is a movement fueled by generosity.

Get Involved with the Brunner Literacy Center for Giving Tuesday 2016

The white "Getting Involved" icons used above come from the wonderful people at Icons8.